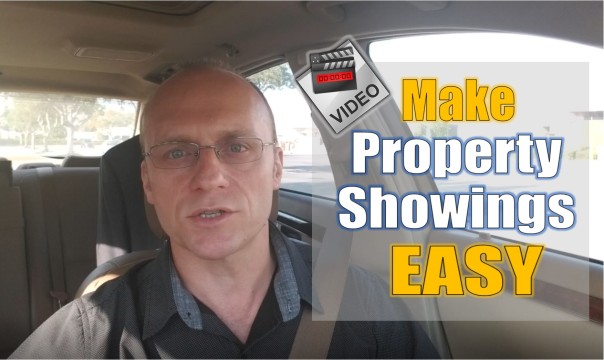 One of the key elements on selling a house successfully is exposure to as many buyers as possible. The more people see it the more offers you will receive. People in general have time to shop in the afternoon after work or on the weekends. These are prime times for your agent to show your property or have open houses. Electronic lock boxes are a safe way to give access to properties without the need of you to be present, because they keep track of who has come in, what time, etc. There is a great benefit on making property showings easy to the public. You will end up selling for more money. Remember also that the more exposure the faster your property will sell. Please contact us if you have more questions or comments about this or other Real Estate topics.

Homeownership: “A Man Is Not a Complete Man, Unless He Owns a House”

The famous quote by Walt Whitman, “A man is not a whole and complete man, unless he owns a house and the ground it stands on,” can be used to describe homeownership in America today. The Census revealed that the percentage of homeowners in America has been steadily climbing back up since hitting a 50-year low in 2016. The homeownership rate in the first quarter of 2018 was 64.2%, higher than last year’s 63.6%.

The fact that we now have four consecutive quarters where owner households increased while renter households fell is a strong sign households are making a switch from renting to buying. This is a trend that multifamily builders, investors, and landlords should take note of.”

In a separate article comparing the rental population in America to the homeowner population, Realtor.com also concluded that the gap is now shrinking:

“The U.S. added 1.3 million owner households over the last year and lost 286,000 renter households, the fourth consecutive quarter in which the number of renter households declined from the same quarter a year earlier. That could pose challenges for apartment landlords, who are bracing this year for one of the largest infusions of new rental supply in three decades.”

America’s belief in homeownership was also evidenced in a survey conducted by Pew Research. They asked consumers “How important is homeownership to achieving the American Dream?”

Homeownership has been, is, and always will be a crucial part of the American Dream. Contact us and we will make your DREAM come HOME! 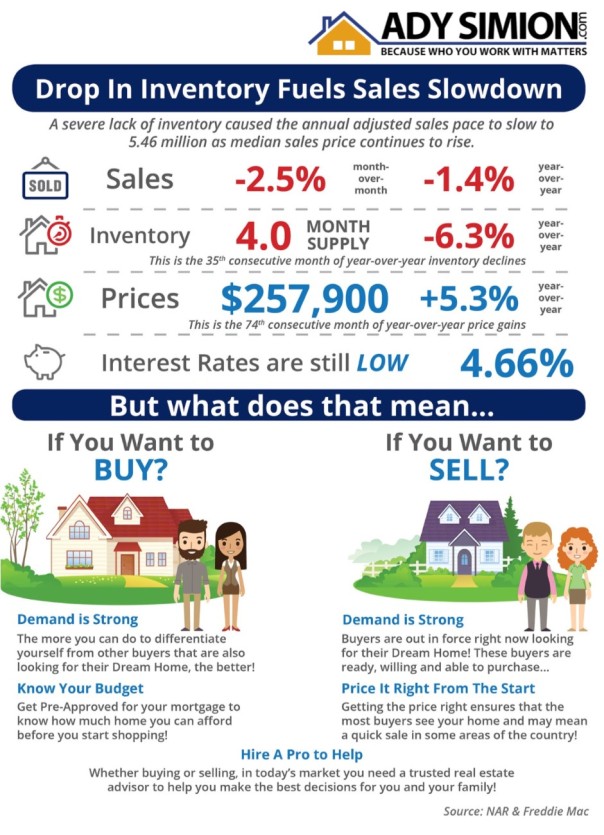 ♦ Existing Home Sales are now at an annual pace of 5.46 million.
♦ Inventory of existing homes for sale dropped to a 4-month supply, marking the 35th month in a row of declines.
♦ The median price of homes sold in April was $257,900. This is the 74th consecutive month of year-over-year price gains.

Not able to watch my last video? 👀

No problem, you can also listen to the same content on

my Podcast or even find it on iTunes. 👂

Please contact us if you have more questions or comments

about this or other Real Estate topics.

Finding a Replacement Property after Selling your Existing Home

Sellers are getting at least 5% above the listing price of their properties. That makes it a perfect time to sell. Unfortunately for the Buyers the competition and the low inventory makes it very hard to buy a property and get a good deal at the same time. When you are in need of selling and buying at the same time, timing is your enemy. What you gain on the sell side you will lose it on the buy side so here are some ideas on how could be done without losing money. Please contact us if you have more questions or comments about this or other Real Estate topics.

4 Reasons to Sell Your House This Summer CLIP

Contact us if you have more questions, comments or suggestions

about this or other Real Estate topics. 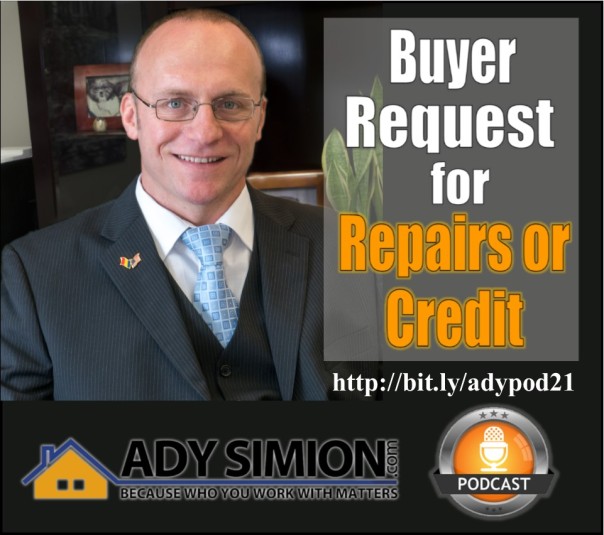 Not able to watch my last video this week? 👀

No problem, you can also listen to the same content on my Podcast

or even find it on iTunes. 👂

Buyer Request for Repairs or Credit 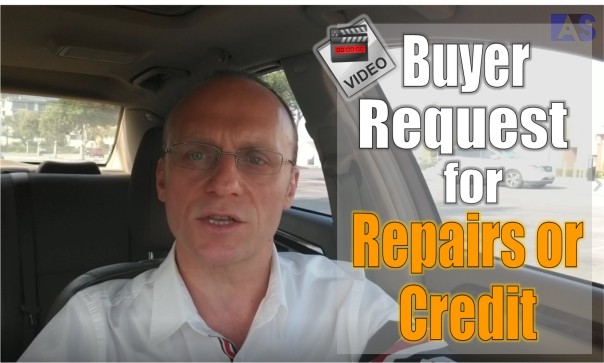 Some issues that come out during the inspection on a property, can be negotiated with the seller to be fixed or get some credit for them. It is important to know that it is not the seller’s obligation to do it or even answer to the buyer’s request, but a good agent with very good negotiations skills plays a key role here. Please contact us if you have more questions or comments about this or other Real Estate topics.

♦ Setting up an automatic savings plan that saves a small amount of every check is one of the best ways to save without thinking much about it.
♦ Living within a budget right now will help you save money for down payments while also paying down other debts that might be holding you back.
♦ What are you willing to cut back on to make your dreams of homeownership a reality?

Contact us when you are ready and we will make your dreams come home!!! 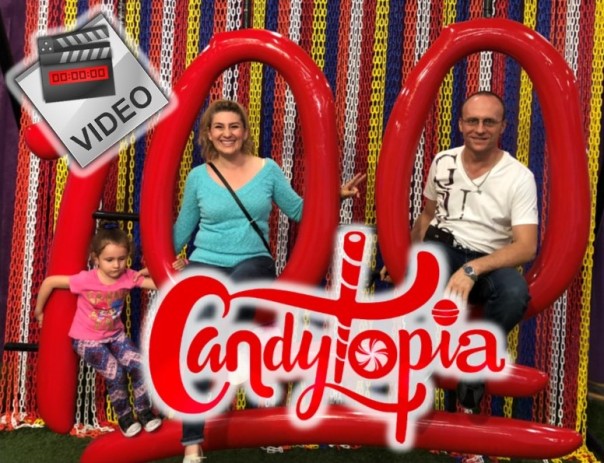 for creating candy art & sculptures takes you into

a candy world full of art and sweet interaction

that translate in fun fun fun.